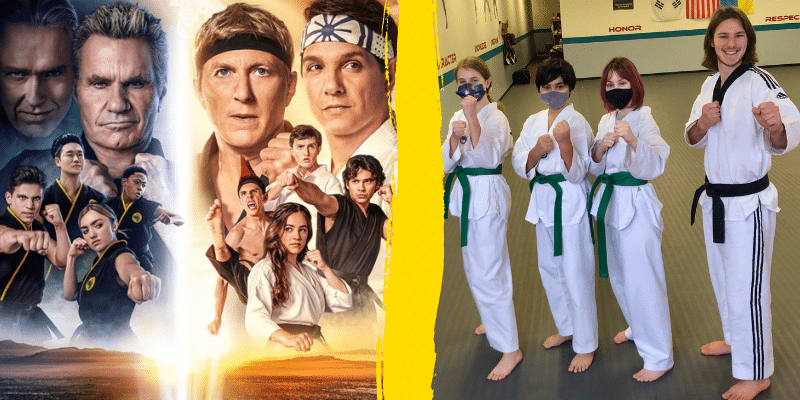 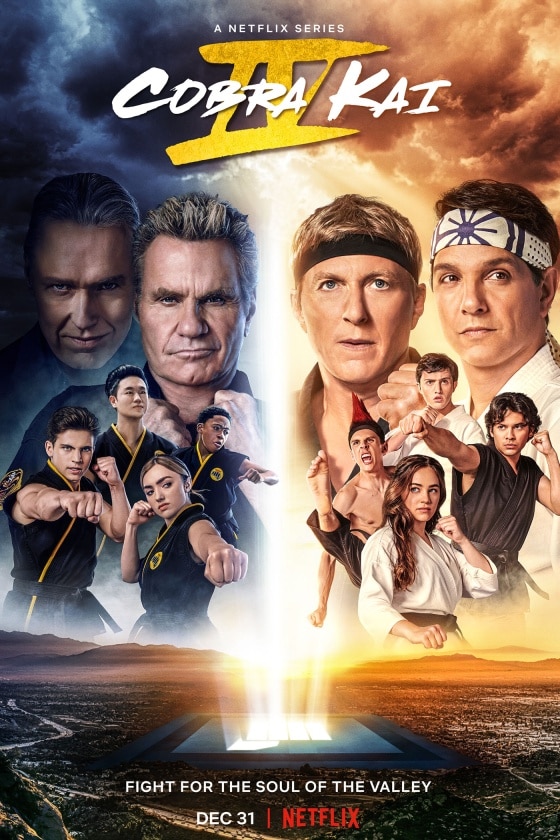 The rivalry between Cobra Kai and Miagi Do makes for a super-fun Netflix series. We love the over-the-top characters, the action-packed fights, and the never-ending drama. But everyone who’s actually trained in the martial arts knows that the show’s portrayal of the martial arts life is highly dramatized.

We decided to look at what’s real, and what’s not, in the Netflix series Cobra Kai.

Day 1 at the Dojo

Show up at the dojo. The instructor yells at you or belittles you. People beat you up.

Many martial arts studios (including Akula Taekwondo) start students with an Introductory Lesson (we do it one-one-one, so just the new student and the instructor). You’ll be greeted politely, invited to remove your shoes, and step onto the mat. The instructor will explain the rules of the mat and teach you a few basic moves.

Kids of all ages walk into the studio and start training.

For legal reasons, parents accompany students who are under age 18 the first time they come to the studio. The parents meet the instructor and have the opportunity to ask questions. At many studios, parents can watch classes.

Within days of joining the studio, students are fighting. They perform powerful kicks and strikes.

It takes a long time to develop strong, high, and accurate martial arts kicks. When actor Xolo Mariduena was preparing for the role of Miguel Diaz, he spent two to four hours a day practicing stunts, martial arts, boxing, strength-training, and yoga. Mariduena said this was one of the hardest things he’s ever done.

In Cobra Kai Land, kids show up for a major tournament after a few weeks of training. The arena features flashing lights, packed stands, and screaming fans. There’s A LOT of drama.

The first tournaments most martial arts students attend are likely to take place in a school gym. Friendly volunteers work registration tables and direct traffic. Most competitors are slightly nervous and generally friendly. Competition tends to be fair and safe, with a focus on doing your best.

Who Wins a Fight

At the All-Valley Tournament, the trophy goes home with the season’s favorite and for maximum drama.

In real life, taller, heavier, and more experienced fighters have a significant advantage. That’s why tournaments have divisions divided by gender, age, belt, and  weight.

Fighting After a 30-Year Break

After decades behind a desk or couch-potatoing, Danny and Johnny stand up to groups of bikers and fight each other. They jump, spin, and throw spectacular kicks.

In reality, if retired martial artists, who haven’t stretched or worked out in 30 years, jump into a big fight, they are likely to pull a muscle and overestimate their abilities. Sure, there’s a touch of “just like riding a bicycle” to fighting after a hiatus, but it will take time to get back in the game.

Cobra Kai is a fantastically fun martial arts series. We’ll keep watching to see how the various instructors’ teaching and training styles merge–and diverge. We want to know who wins every fight. And why. And how. But, first and foremost, we’ll be on our real-life mat, honing our own martial arts skills and learning to succeed in life.

If you’re in the Novi-Wixom-South Lyon area and would like to try out real martial arts, get in touch and we’ll set you up with a 6-Week Trial.